A Good Eye For A Horse 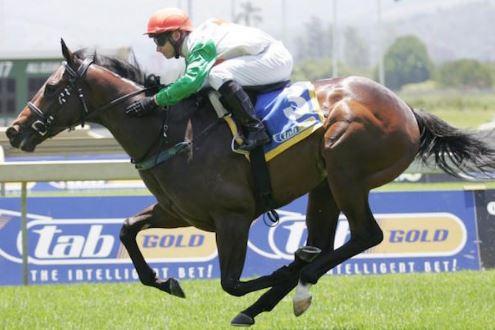 By Tara Madgwick for Breednet

Whether you are a bloodstock agent or a pinhooker, you are going to need a good eye for a horse and it's no surprise that two of the best in the business found this Group I winner.

It was a deserved first Group I victory for Harry's Son, who won on debut at Scottsville in January and has since been Group I placed in the Golden Horseshoe and the Gold Medallion.

His record is now two wins and four placings from six starts, with trainer Paul Lafferty delighted by his success.

"James Bester bought this horse and he has been an unlucky fellow. But I think he has proven himself the best 2yo in the country," Lafferty said.

Selected and purchased by Bester on behalf of Phil Georgiou after he was initially passed, Harry's Son races in the colours of well-known KZN owner Roy Moodley, and a host of owners that include Phil Georgiou.

South African born Bester has an impressive record of success with his yearling purchases, particularly for some of those that have gone back to South Africa.

Located at Eurora in Victoria, Glenelg Park is a family owned and operated business run by Danny and Sarina Swain.

Of those four, three have now raced for three winners, and include the unbeaten Myboycharlie (IRE) filly Wonzzee, who won on debut by eight lengths in Tasmania earlier this year and Rock of Gibraltar (IRE) filly Celeritas, who has won over $100,000 for Aquanita Racing.

The first Glenelg Park two year-old graduate to hit the track this season was Hussonet (USA) colt Moonlight Hussler, who kicked off with a victory in the Listed MRC Inglis Debutant Stakes at Caulfield for David Hayes.

A $42,500 purchase from the Magic Millions Adelaide Yearling Sale, Moonlight Hussler has not been seen since his debut win, but with $72,500 has already proven his worth.

Harry's Son was purchased by Glenelg Park as a 50/50 pinhook venture with the renowned pin-hooking team of Rhys and Chloe Smith of Kulani Park.

He was bought at the Magic Millions National Weanling Sale from the Vinery draft for $60,000, but despite his good looks could make no more when offered at the Gold Coast the following January.

"We bought him on type as we always do with our pinhook prospects," said Rhys Smith.

"He was strong, compact and muscular… a real standout, but unfortunately his sire Haradasun just didn't go on and do what we hoped he might and as a result the colt was hard to sell."

Harry's Son is the fourth pinhook for Kulani Park to come out and win a Group I race joining glamour colt Zoustar along with Black Piranha and The Verminator, while Kulani Park also hold a connection to Group I winners We Can Say It Now, foaled and raised on their farm for Paul Makin and Once Were Wild, prepared for sale and consigned on behalf of John Muir.

Good judges have a knack of finding the good horses, no matter how they are bred so it's probably no coincidence that James Bester and the Kulani Park team should both find Harry's Son.