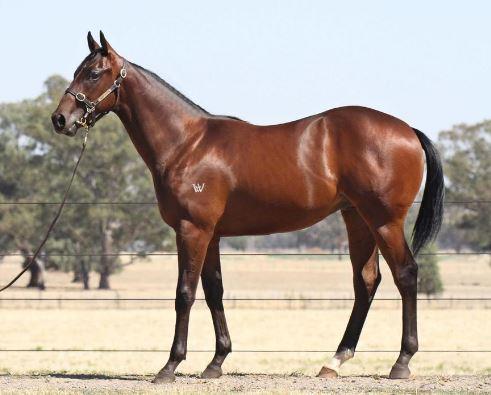 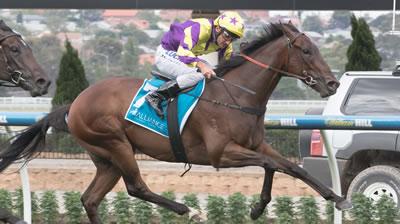 Given a superb tactical ride by Damien Oliver, Rocky Boomboa made a swift move to circle the field after a slow start and go the front off a pedestrian early pace before the 600m, leaving Mark Zahra on the favourite Love Days posted three deep without cover and the rest of the field stacked up behind.

Oliver increased the tempo when he wanted before the home turn and Rocky Boomboa stayed on gamely to win the 1200 metre contest by three parts of a length.

"We were anticipating sitting outside the lead but when he missed the start that went out the window," Dwyer said.

"Fortunately Damien summed it up pretty fast and hooked around them to put him in the pole position. Then they had to do all the work to get around him and they couldn't quite do it.

"He's very tough and everything panned out right, for him at least, the way it went,"

Dwyer is not harbouring any lofty ambitions yet for the son of Artie Schiller.

"He's done everything so well and been push button," Dwyer said.

"He travels, relaxes so well and sprints when he has to and does everything right. We'll keep chasing the VOBIS money and he's still untapped,

Rocky Boomboa has two wins from four starts with prizemoney of $114,900 and is one of 10 winners from 11 to race from Rockellen, a Rancho Ruler mare from the family of Group I winners Spartacus and Wonderful World.