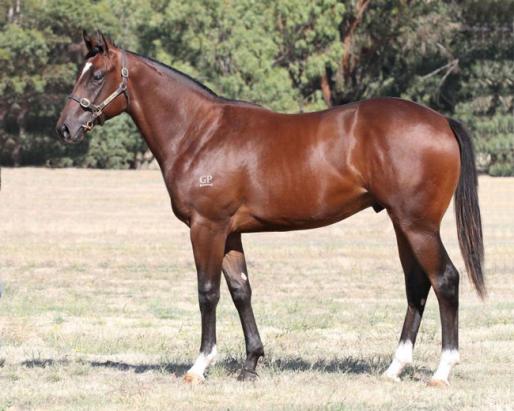 Making his third trip to the races Statue Of Liberty (USA) gelding opened his winning account when running down his stablemate Hey Doc in Saturday’s Better Beyond Plate (1100m) down the straight at Flemington.

As Hey Doc battled to get the better of a stubborn leader , pounced under Craig Williams to defeat Hey Doc (Duporth) by a short-head with (Moshe) a nose back in third.

Third at Moonee Valley when on debut in December, was then a second in a maiden at Geelong won by who opposed him again on Saturday.

The Tony McEvoy trainee turned that form around decisively as (Sebring) struggled fifth place some two and a half lengths from the winner.

Both the winner and runner-up came out of the 2015 Inglis Classic Yearling sale.

"He’s taken a little while for the penny to drop, McEvoy said

He’s two runs have been full of merit. With the benefit of those two runs he was much more professional today, he had something to chase and kept chasing hard to the line.

"Very proud of my two young horses today, they presented beautifully and ran the same.

"I think we will go straight to the Inglis Premier, it’s a big money race they were bought out of that sale.

The striking (pictured as a yearling) was a $100,000 purchase by McEvoy Mitchell Racing from the draft of Glenelg Park. 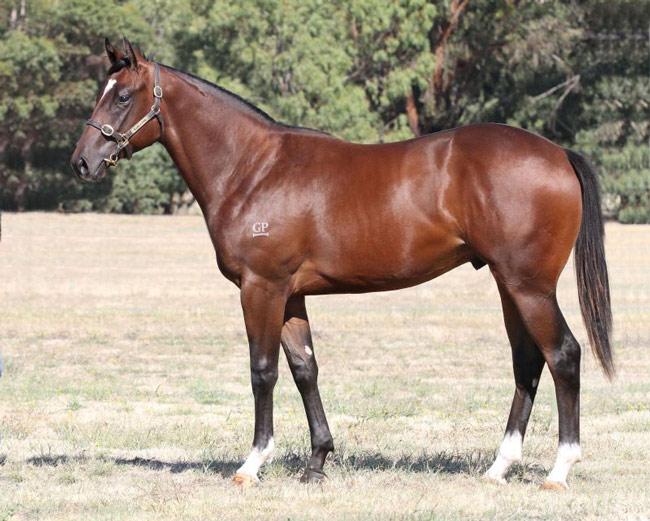 He is the first foal of the unraced Al Samar mare Miss Chard an imaginatively named sister to the Group 1 VRC Carbine Club Stakes winner Mr Chard, a multiple Group placegetter who was fourth in Group 1 Australia Guineas.

Miss Chard is out of the Secret Saving’s mare Najar, a half-sister to Listed winner Cool Trent out of a half-sister to Blue Hen, Jesmond Lass, the dam of Canny Lad, Canny Lass and Sister Canny as well as Canny Miss the ancestress of , , Guelph, Ghibellines and Sepoy.

Miss Chard has a yearling colt by Hard Spun (USA) and a colt foal by Bernardini (USA). She was bred back to Written Tycoon last spring.